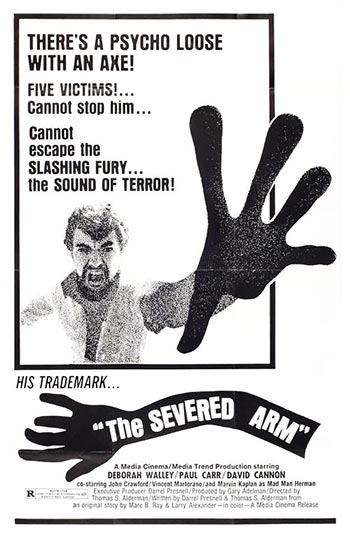 Jeff Ashton recoiled in horror after finding a severed arm inside a package just delivered to his door. It immediately reminded him of what happened five years ago, when he and five of his pals were trapped in a cave inside a desolate mine they’d been exploring. After two weeks and facing starvation, their only option had been to resort of cannibalism in order to survive. Reluctantly they agreed to draw straws and Ted sacrificed a limb so everybody could have a meal. Seconds after cutting off their friend’s arm they were rescued and blamed the amputation on the rockfall. The five men swore never to tell anyone what had really happened. Ted said he’d never foget what they’d done to him and vowed revenge.