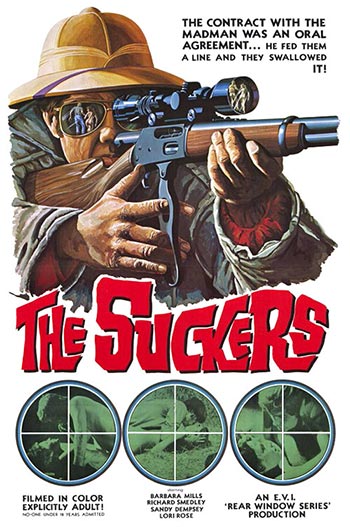 A rich and powerful big-game hunter tires of tracking and killing animals, and gets an idea–he will invite the owners of a model agency he knows and two of their models to be guests on his estate for the weekend, and use them as the objects of his latest hunt.

Director Stu Segall, working from a compact script by Harold Lime, relates the familiar, but still effective and engrossing story at a snappy pace, makes good use of the remote woodland location, stages the major hunting set piece in a taut and exciting manner, and doesn’t pull any punches with the harsh sordid tone once the hunt itself begins (for example, poor Sandy Dempsey as bitter lesbian Joanne gets brutally raped by one of Vandemeer’s sadistic lackeys prior to being stabbed to death with a knife).

Moreover, there’s plenty of tasty female nudity from a trio of smoking hot women (the delectable Laurie Rose of “The Hot Box” fame in particular is quite the scrumptious sight sans clothes).