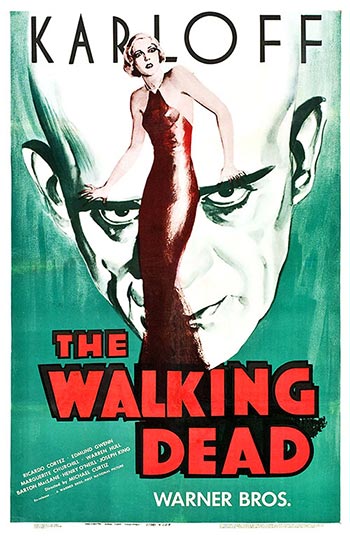 A gang of racketeers frames down-on-his-luck John Elman for murder. After a trial finds him guilty, evidence is brought forth proving his innocence, but it is too late and he is executed anyway. A doctor sees an opportunity to use an experimental procedure to restore him to life but is that entirely possible? Desirable?

Eerie, creepy, beautifully shot oddity, the kind of stuff they just wouldn’t know how to make any more (not that they would want to). Karloff gives a fine performance as the gaunt, haunted patsy in a murder rap. Stand-out scene is definitely the fantastic build up to Karloff’s undeserved execution, as sad cello music plays and prison guards banter about baseball while a man’s life hangs in the balance. The ideas dry up a bit as King Karloff haunts his killers, but his sinister solemnity captivates the interest, and it’s all crammed into little more than an hour.