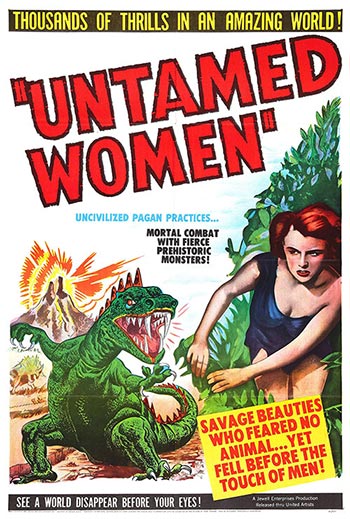 During World War II, an American bomber pilot is rescued after drifting at sea aboard a raft. After being administered truth serum, he tells the doctor a story of how he and the three survivors of his plane crash washed up on an island that was inhabited by a tribe of beautiful primitive cave-women, dinosaurs and a group of savage cavemen who are bent on abducting the women for breeding purposes.