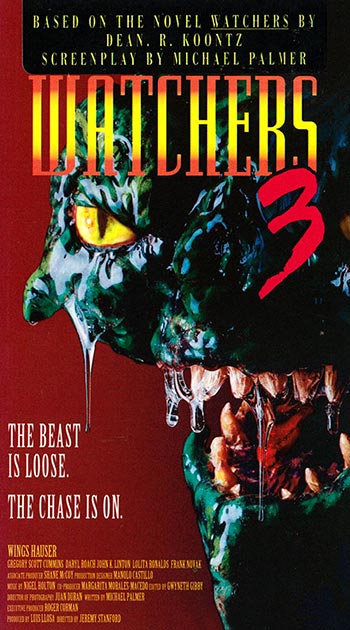 A top-secret experiment spawns two highly intelligent life-forms: Einstein, a golden retriever with an IQ of 175; and The Outsider, a deformed monstrosity that exists to kill… and avenge its creators. When the Outsider escapes into the jungles of South America, the government sends in some ex-military convicts to catch the beast. But what starts out as a high-speed chase ends up in bloody carnage. Only Einstein knows the Outsider’s motives, and only the canine can outsmart the creature. Now, it’s a battle of beasts as man’s best friend confronts man’s worst nightmare.