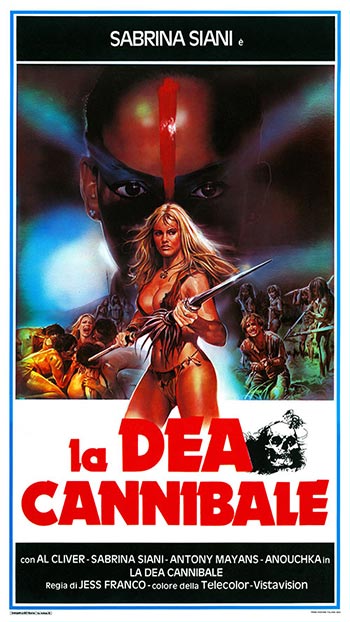 Doctor Taylor, his wife Elizabeth and their teenage daughter Lana go to an isolated hospital in the Brazilean jungle, close to the Amazon river; they are attacked by savages and he sees them kill and eat his wife, and abduct the girl. Taylor manages to get back to civilization, but he needs psychiatric help; only Doctor Ana believes his story about cannibals, and takes the risk of going with him and a few rich people who can pay for a safari in the remote jungle. The cannibals decimate a number of the safari members in a succession of attacks, and only Taylor, the sexy lady doctor, and a photograph, rich the cannibal tribe – only to discover that she is now the wife of the tribe leader, and considered a goddess. The tribe has adopted her as a white goddess.