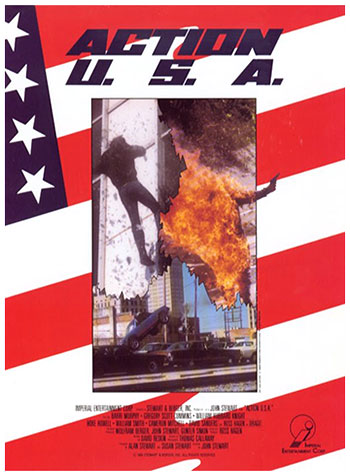 Billy Ray’s a bad risk. He took the mob’s family jewels, now they want his! They tried beating and scaring it out of him, but he’s not giving them up. So they kill him. Now everyone believes Carmen must know where the jewels are. The Mafia boss has brought in his Top Gun to find her and the jewels. This slime-ball and his trained killers follow our heroes through car chases and gun battles across the state of Texas leaving a trail of fireballs and hunks of twisted metal.