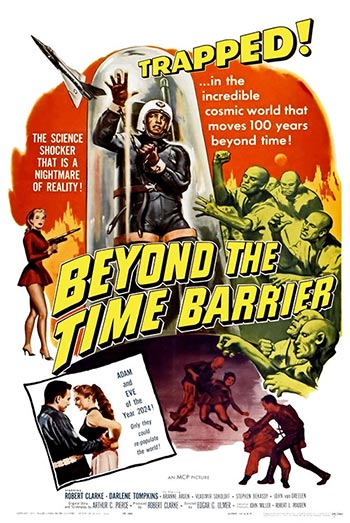 Experimental pilot testing a new rocket powered craft (actually a Convair F-102 interceptor) manages to fly into the future and land at the now deserted airbase he left. He ends up in a city with people who are suspicious he is a spy and who want to keep him to procreate with the rulers daughter because the majority of the inhabitants are sterile. He manages to escape and return to his own time but “with consequences”.