Chariots of the Gods (1970) Harald Reinl 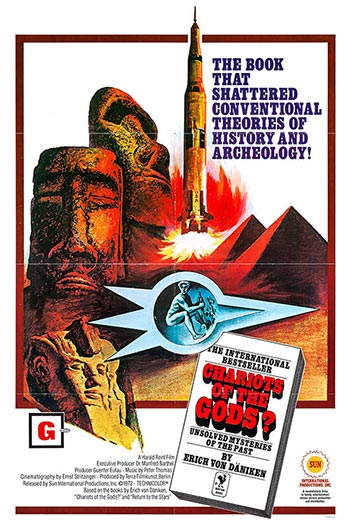 Documentary based on the book by Erich Von Daniken concerning the ancient mysteries of the world, such as the pyramids of Egypt and Mexico, ancient cave drawings, the monuments of Easter Island, etc. and the fact that these things and modern civilization could have been influenced by extra-terrestrial visitations hundreds (or perhaps thousands) of years ago.