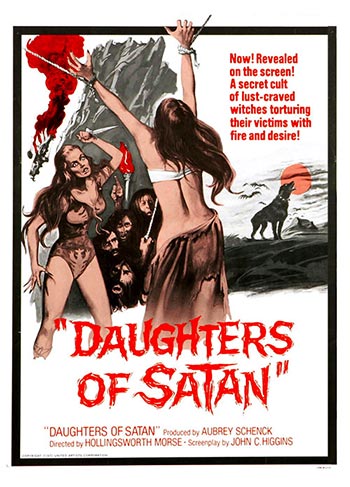 James Robertson buys a painting depicting witches being burned at the stake, one of whom bears an uncanny resemblance to his wife, Chris. Chris, gradually taken over by the personality of the witch in the painting that she resembles, allies herself with two other reincarnated witches to plan James’ death, as he proves to be a descendant of the man responsible for the witches’ fate.