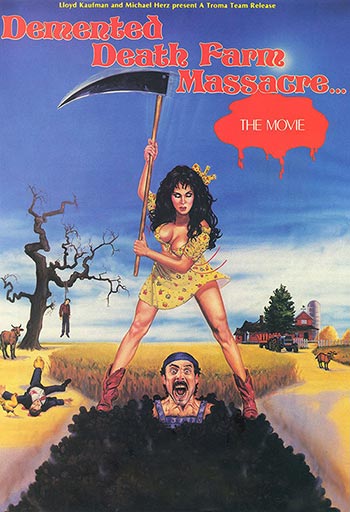 A gang of four thieves, having stolen over a million dollars worth of gems, are driving through the remote hill roads of the Carolinas when their jeep runs out of gas. A local moonshiner and his wife offer the strangers a place to stay until they can get help, but the thieves soon take advantage of their hosts. Both the moonshiner’s young wife and his supposed hidden fortune prove to be irresistable temptations for the fugitives, but will their greed and jealousy prove to be their downfall?

Producer Fred Olen Ray bought the limited release film, already re-titled “Shantytown Honeymoon” by SWV, shot an introduction scene with John Carradine as The Judge of Hell, and sold it to Troma Films that re-titled it again to “Demented Death Farm Massacre…” (1986).