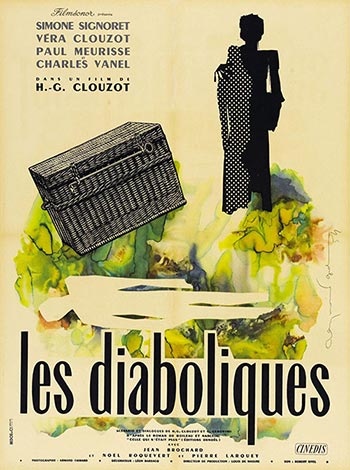 The wife and mistress of a sadistic boarding school headmaster plot to kill him. They drown him in the bathtub and dump the body in the school’s filthy swimming pool… but when the pool is drained, the body has disappeared – and subsequent reported sightings of the headmaster slowly drive his ‘killers’ (and the audience) up the wall with almost unbearable suspense…