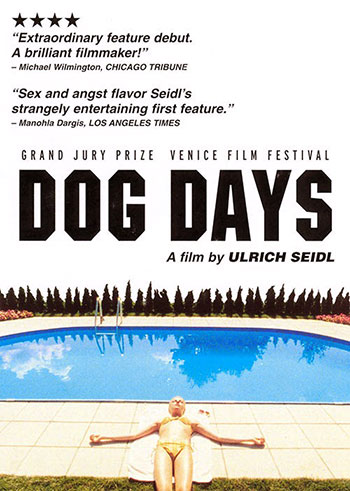 In a suburb of Vienna during some hot summer days: A teacher who is in bondage to a sleazy pimp, a very importunate hitchhiker, a private detective on the run for some car vandals, a couple with a serious marriage problem and an old man, whose wife died long before on the search for some sexual entertainment live their lives while their lifelines cross from time to time.

If any of this sounds like too much to handle then this film isn’t for you. This film shows humanity at its most desperate and pathetic. The banality of our existence is shoved in our face with utmost glee.

Seidl has no interest in redeeming humanity here. And why should he? This film features excellent performances from all involved, is always interesting, and is probably the most intelligent social statement to be made on film in awhile.