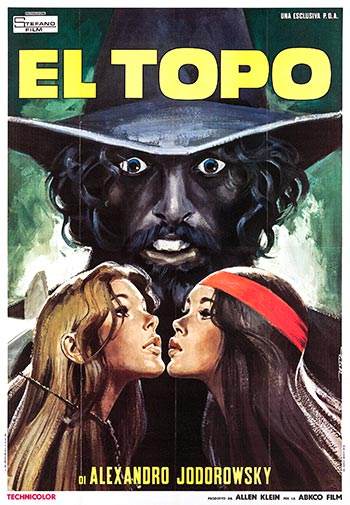 El Topo decides to confront warrior masters on a transformative desert journey he begins with his six-year-old son, who must bury his childhood totems to become a man. El Topo (the mole) claims to be God, while dressed as a gun-slinger in black, riding a horse through a mystical landscape strewn with American Western and ancient Eastern religious symbols. Bandits slaughtered a village on his path, so El Topo avenges the massacred, then forcibly takes their leader’s woman Mara as his. El Topo’s surreal way is bloody, sexual and self-reflective, musing of his own demons, as he tries to vanquish those he encounters.