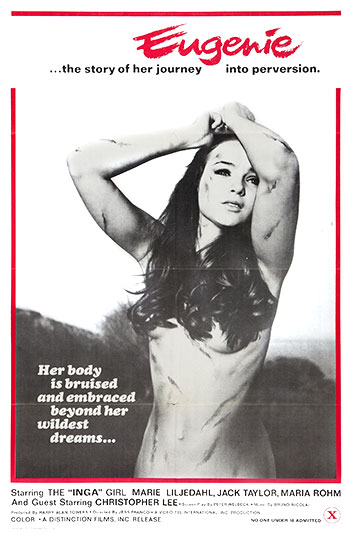 Mme. de St. Ange reads Marquis de Sade’s Philosophy in her boudoir and fantasizes about its excessive content. She has sex with Mistival in exchange for permission to take his lovely teenage daughter Eugenie to her vacation island. Eugenie was educated in a convent and sexually inexperienced. When she arrives, she and her step brother and lover, Mirvel seduce her into joining their bizarre sexual role-playing. A party follows, during which Eugenie is drugged and forced to submit to sadomasochistic games directed by Dolmance and his oddly-dressed followers. When she awakens from her stupor, however, Eugenie finds that the games have turned to murder.