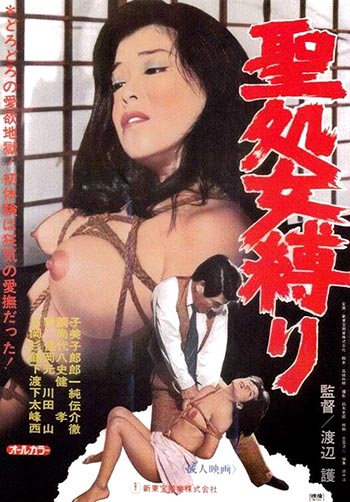 A 16 year-old girl named Aya is infatuated with the proletarian politics of working-class rebel, Miyata. Her sister Sono believes the boy is not a good influence and she allows her ‘Master’ (a powerful Judge with whom she is a mistress) to arranged for the authorities to kill Miyata. After the boy’s death, Aya tries to take revenge against the Master but gets arrested for attempted murder. Due to the Master’s influence, Aya is sentenced to house arrest… at the Master’s home (!). She is soon raped and introduced to bondage and extreme sexual abuse.