Intimate Confessions Of An Exhibitionist (1983) 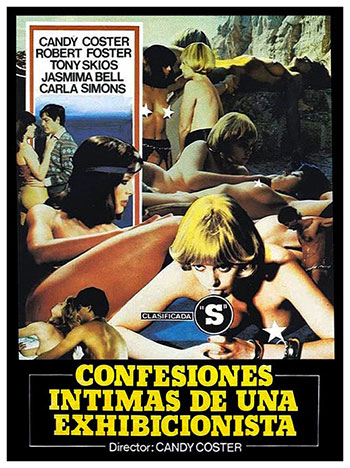 Candy tells the story of her life, her dissatisfaction with her male lovers, her desire for her girlfriend Katy and the route that led her into stripping. This is 80 minutes of flesh, bordering on the hardcore, sometimes on the gynaecological, and supposedly directed by Lina Romay (Candy Coster). Her husband Jess Franco was probably on hand somewhere. Romay in 1982 is not the trim young sexpot she was in the early 70s but she loves to get stuck in and there are still moments of genuine eroticism. It’s a shame a ridiculous blond-white wig often offsets her cute, slightly buck-toothed face. This was remade by Franco in 1986 as El Mirón y la Exhibicionista as a hardcore feature.

Intimate Confessions Of An Exhibitionist (1983)