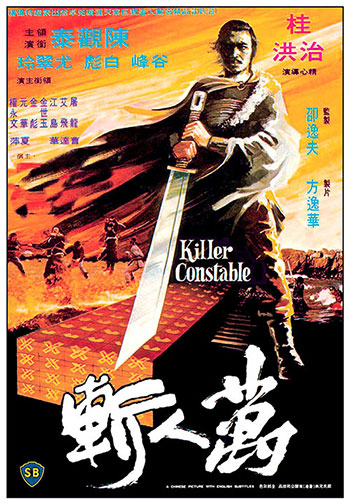 2 million taels in gold has been stolen from a vault within the Forbidden City. The Empress wants the money returned within 10 days. Chief Constable Leng Tian-Ying (Chen Kuan-Tai) is hired to bring back the gold robbers, dead or alive; only Leng never brings anyone back alive. He assembles a team of officers to find the stolen gold. Over the course of the film, Leng’s team is dwindled with traps and ambushes awaiting them at every turn. During a fierce and bloody battle in a swamp, the leader of the robbers reveals a major conspiracy which leads to a final and gruesome revenge.

Director Kuei Chih Hung was famous for his modern day crime thrillers, his horror flicks, and even his comedies. But if the only kung-fu film he ever made was this one, he’d still be spoken of with respect by even the most ardent martial arts movie fan.