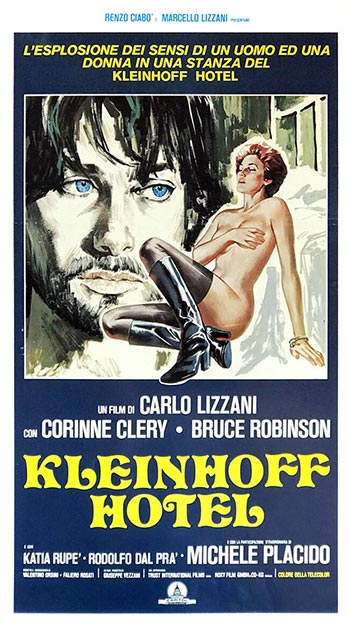 A co-production between Italy and Monaco, this steamy study of sexual obsession was directed by Carlo Lizzani (CRAZY JOE). It takes place in a Berlin hotel where Penthouse Pet Corinne Clery is an architect’s wife who becomes overwhelmed by her attraction to a leftist guerrilla (Bruce Robinson), a fugitive from the government because of his terrorist activities. Clery begins her obsession with mere voyeurism but grows emboldened enough to practically fling herself at Robinson, leading to the expected tragic consequences..