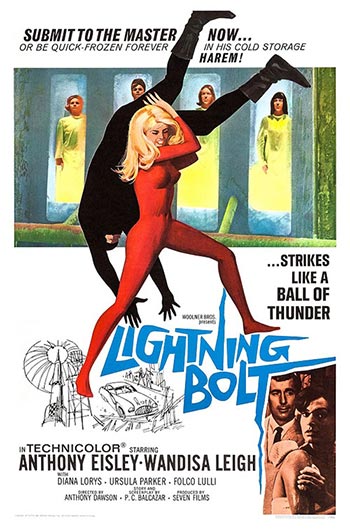 The immense success of the James Bond movies in the 60’s not surprisingly beget a slew of entertainingly campy cheapo cash-in copies. This tongue-in-cheek Italian romp might very well be one of the silliest of the whole lot.

Granted, this movie is complete asinine nonsense, but you can’t be too hard on a flick in which the main bad guy sells beer on the side and puts his enemies in a frozen state of suspended animation. An infectiously inane riot.