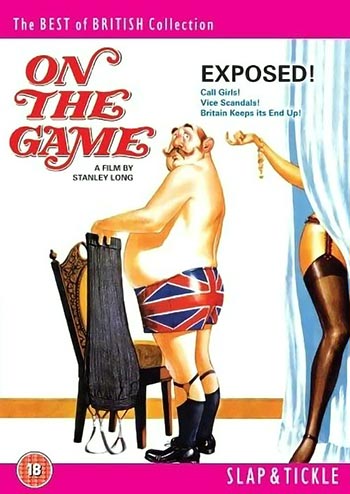 Comic look at the history of prostitution.

The narrative is supplied by Charles Gray (possibly warming up for THE ROCKY HORROR PICTURE SHOW) and begins with an outrageous spoof of the ape-man scene in Kubrick’s 2001: A SPACE ODYSSEY. From then on in, we see the female form in various states of undress throughout the ages. There’s spanking, dancing, and lots and lots of simulated sex.

Some of the sex scenes are quite explicit and near the knuckle for the time, with fondling and the like, while other sequences are more like you’d expect to see in a CARRY ON movie from the era. Carmen Silvera (‘ALLO ‘ALLO) has a minor role although thankfully not as one of the nude starlets. And it’s fair to say that the guys barely get a look in here – this is a celebration of the female form in its unclothed state, and if the calibre of the acting is inadequate, then at least the actresses are attractive.