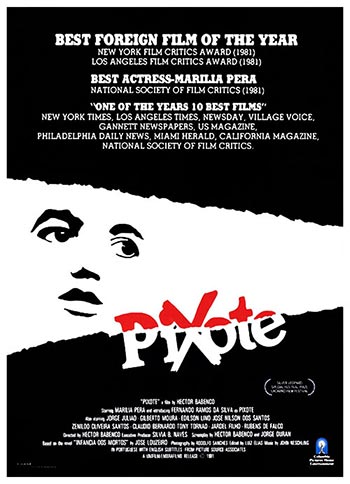 Pixote, a 10-year-old runaway boy, is arrested on the streets of Sao Paulo during a police round-up homeless people. Pixote endures torture, degradation and corruption at a local youth detention center where two of the runaways are murdered by policemen who frame Lilica, a 17-year-old transvesite hustler. Pixote helps Lilica and three other boys escape where they make their living by the life of crime which only escalates to more violence and death.