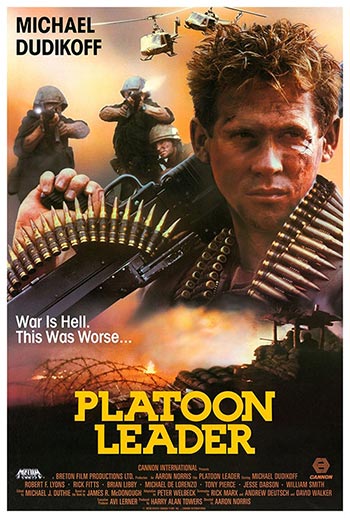 West Point graduate lieutenant Jeff Knight meets cynicism when taking command of sergeant Michael McNamara’s tour veterans platoon in a Vietnamese trench camp. Unlike his predecessor, who hid till the end of his tour, Jeff takes charge, experiences the manual doesn’t allow coping with all realities and gets wounded. He returns, now fully respect by men and superiors. Besides the Vietcong, the platoon wrestles with the inscrutable villagers, which the GIs officially protect, but also fear as some collaborate with them, other covertly with the Cong, either way subject to bloody reprisals.