Shiver of The Vampires (1971) Jean Rollin 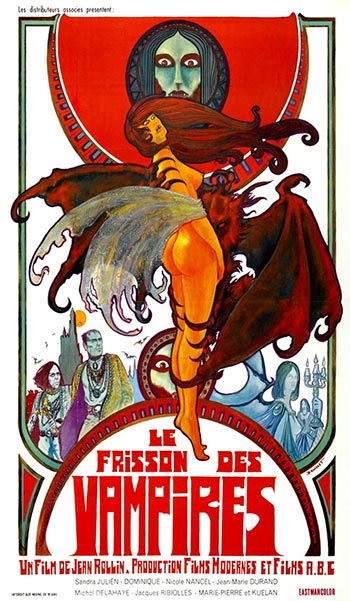 A young honeymooning couple stop for the night at an ancient castle. Unbeknownst to them, the castle is home to a horde of vampires, who have their own plans for the couple.

Unforgettable Rollin extravaganza, daring to go for effects other directors would dismiss as cheesy, and pulling them off. On one level, it seems pure exploitation, with its somnolent virgins and lesbian vampires; but it is the prospective male viewer that the film targets – his representative on screen is reduced to an impotent observer, finally breaking down into helpless madness. Rollin’s style is as delirious as ever, fantastic French Gothic sets, seeping red filter, dreamlike pace, bewilderingly inventive soundtrack, resonant set-pieces and unmissably pretentious dialogue.