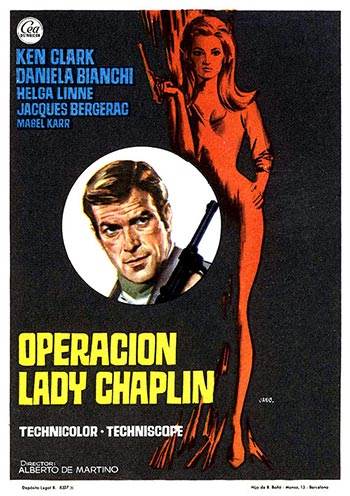 Lady Chaplin is a beautiful woman, she is a fashion stylist and she owns an atelier in Paris. Zoltan is a rich American specialized in submarine researches. Dick Malloy is an American secret agent. What have the three in common? Perhaps a sunk American atomic submarine with sixteen missiles still on board? And why every other scene one, two, ten or more men are trying to kill Malloy in every conceivable way?