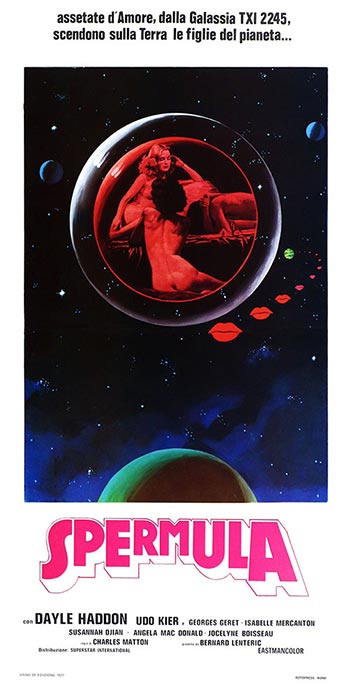 In the 1930’s, a notorious secret society known as Spermula – centered around the “rapture of being” achieved through a total liberation of the senses – disappeared from “civilized society.” They were rumored to have developed supernatural powers. Over time they have honed their powers, and put in motion a plan to return from the future and conquer the world that once exiled them. An elite force of commandos – in the guise of several beautiful females – are charged with the task of neutering the male population. This is to be achieved by extracting the male reproductive fluids (orally) – allowing the decadent human race to eventually die off from natural attrition. Ingrid (Dayle Haddon), leading the Spermulan assault, sets about …