Tales from the Darkside: The Movie (1990) John Harrison 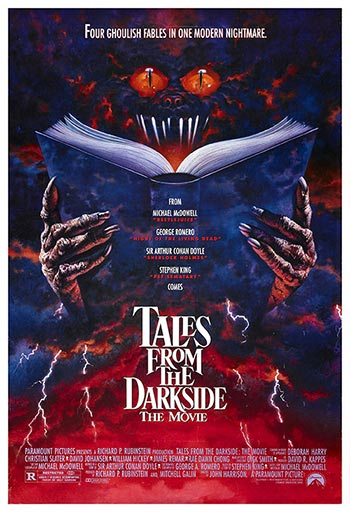 This is really three shorter movies, bound together by a fourth tale in which the other three stories are read. The first segment features an animated mummy stalking selected student victims; the second tale tells the story of a “cat from Hell” who cannot be killed and leaves a trail of victims behind it; the third story is about a man who witnesses a bizarre killing and promises never to tell what he saw, and the “in-between” bit is the story of a woman preparing to cook her newspaper boy for supper.