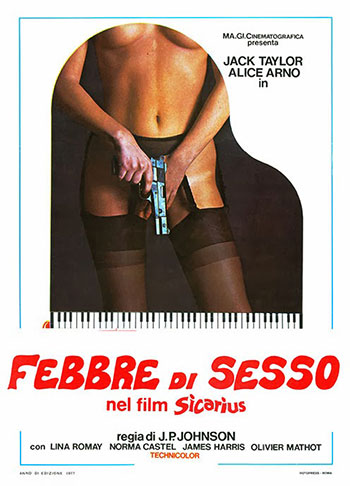 A Whodunit from the great! The investigation into the suicide of a young woman found dead at the bottom of a cliff uncovers many lovers of both sexes, including her Brother’s sister and her psychiatrist, a weird tale of absolute power and love .

This is just an attempt to cash in on the EMMANUELLE series but this was made before the first EMMANUELLE film in 1974. One has to assume that it is a title slapped on at a later date because the lead female is actually named Barbara. The odd thing is that in the dubbing she is referred to as Emanuelle and Barbara at different points. Confused? Good because it is only gonna get more convoluted. Okay, so Emanuelle’s husband Gordon invites his shrink Michel (Jack Taylor) to come to the house for the weekend to help Emanuelle (Norma Castell), who is slowly breaking down. The day after he arrives, Emanuelle is found dead at the bottom of a cliff. The cops begin investigating her apparent suicide with Michel as the main suspect and many twists, turns and lovers are revealed. This is a pretty entertaining timekiller. The mystery is actually pretty well done and culminates with a bizarre twist. Franco fills the running time with lots of softcore sex scenes involving nearly the entire cast (including the cute Lina Romay).