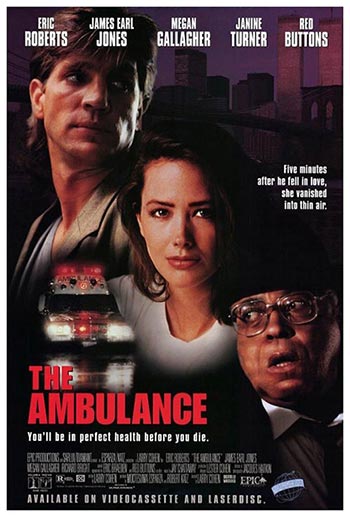 Josh Baker meets a very special woman, Cheryl, in the streets of New York. Suddenly she collapses, and she’s picked up by an ambulance. When Josh wants to visit her in the hospital, it appears that she hasn’t been admitted in the hospital. Josh follows the roommate of Cheryl, and she disappears after a ride in the same ambulance. It’s up to Josh to solve the secret behind this strange vehicle.

From the interesting start, which grabs our attention, to the eerie score of the music, to a fascinating insight into the world of comics, romance, suspense, intrigue and humour! Eric Roberts like always gives an outstanding performance as the poor guy who is caught up in this world of danger. Great fun, and such twists! Just when you think the movie is going one way, it takes a completely different direction!