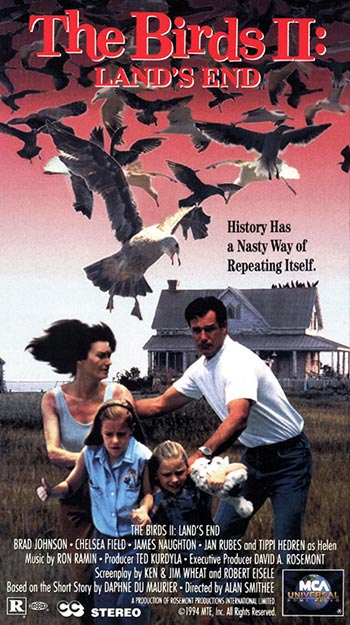 A biology teacher and his wife take their two children to an island summer house to enable him to write an important thesis while getting over the death of their son. While they are there, large flocks of birds appear and begin to attack individual humans for no apparent reason. The town mayor (who is also the local doctor) refuses to believe that birds are responsible for the spate of injuries that are occurring but, before long, he has no option but to believe as the birds begin attacking larger groups of people.