The Curse of the Cat People (1944) Gunther von Fritsch 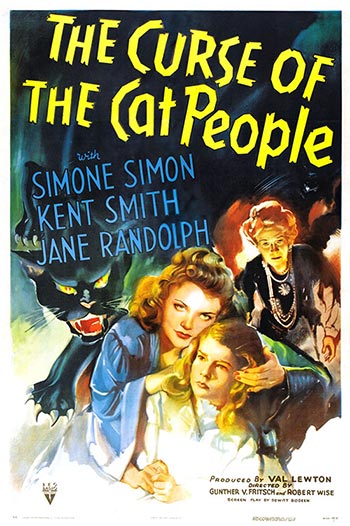 This mostly unrelated sequel to Cat People (1942) has Amy, the young daughter of Oliver and Alice Reed. Amy is a very imaginative child who has trouble differentiating fantasy from reality, and has no friends her own age as a result. She makes an imaginary friend though, her father’s dead first wife Irena. At about the same time, she befriends Julia Farren, an aging reclusive actress who is alienated from her own daughter Barbara.