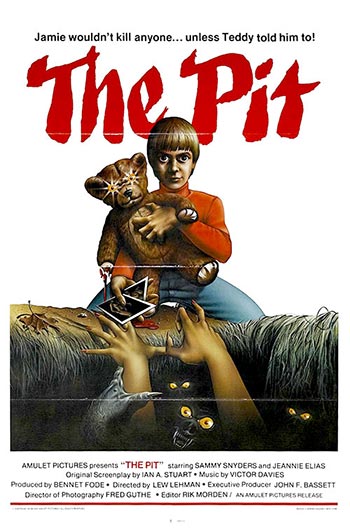 Twelve year-old Jamie Benjamin is a misunderstood lad. His classmates pick on him, his neighbors think he’s weird and his parents ignore him. But now Jamie has a secret weapon: deep in the woods he has discovered a deep pit full of man-eating creatures he calls Trogs… and it isn’t long before he gets an idea for getting revenge and feeding the Trogs in the process!

“The Pit” is a very peculiar, but hypnotic b-grade drive-in rural psycho-kid outing that’s a lot of fun, if you enjoy something rather twisted, senseless and perverse with a dark sense of humour.