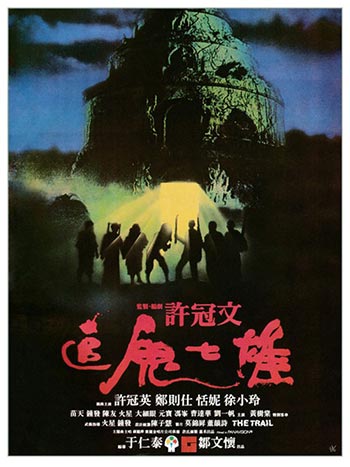 A gang of opium smugglers, disguised as Taoist Priests transporting hopping corpses (with charms), are hired to transport a real dead body to it’s final resting place. They accidentally lose it in a sulfur swamp–no big deal. But then the corpse reanimates itself and starts a murder spree, hoping to track down it’s murderer….

Ronny Yu’s (The Bride With White Hair & Freddy Vs. Jason director) The Trail is a solid Kong horror flick from early in the guy’s career. Many Hong Kong horror films from the early eighties owe a great deal to the influence of western films and this one is no exception with nods to Carpenter’s The Thing and also The Exorcist.