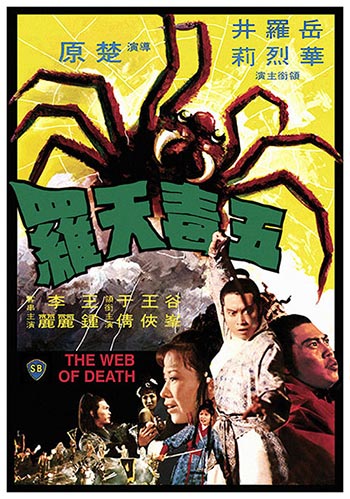 It’s back to the Shaolin Monastery for one of the most unusual action-paced tales to invade its hallowed halls. Lo Lieh is the ringleader of the Snake Sect, intent on reviving a deadly faction known as the “Five Poison Web.” In order to do so, he has an affair with the sexy ringleader of the Scorpion Sect, Angela Yu Chien. However, there is also the Centipede Sect to contend with, as well as other assorted martial artists, among them played by Shaw Brothers talents Yueh Hua, Ching Li, and Lily Li.