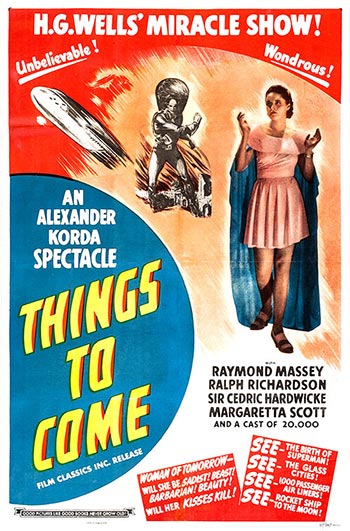 A global war begins in 1940. This war drags out over many decades until most of the people still alive (mostly those born after the war started) do not even know who started it or why. Nothing is being manufactured at all any more and society has broken down into primitive localized communities. In 1966 a great plague wipes out most of what people are left but small numbers still survive. One day a strange aircraft lands at one of these communities and its pilot tells of an organization which is rebuilding civilization and slowly moving across the world re-civilizing these groups of survivors. Great reconstruction takes place over the next few decades and society is once again great and strong. The world’s population is now living in underground cities. In the year 2035, on the eve of man’s first flight to the moon, a popular uprising against progress (which some people claim has caused the wars of the past) gains support and becomes violent.