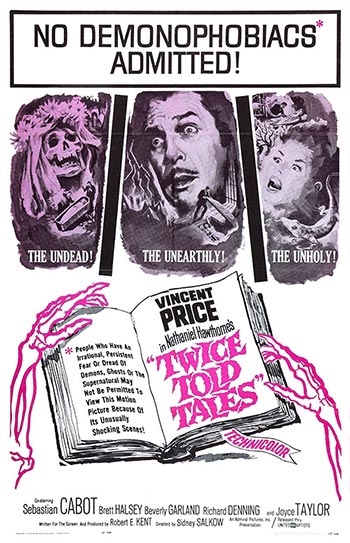 3 horror stories based on the writings of Nathaniel Hawthorne. In the 1st story titled “Dr. Heidegger’s Experiment”, Heidegger attempts to restore the youth of three elderly friends. In “Rappaccini’s Daughter”, Vincent Price plays a demented father innoculating his daughter with poison so she may never leave her garden of poisonous plants. In the final story “The House of the Seven Gables”, The Pyncheon family suffers from a hundred year old curse and while in the midst of arguing over inheritance, the Pyncheon brother kills his sister.