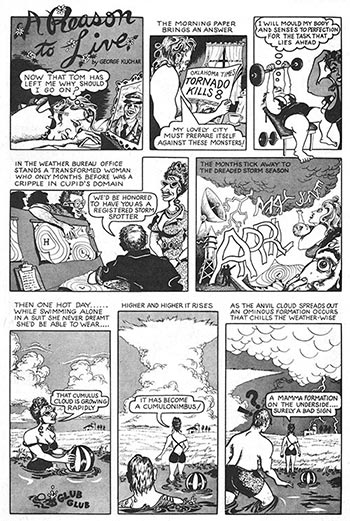 Vince arranges to meet Chi Chi, who he is having an illicit affair with. But she is killed in an accident. Vince’s sister fails in a suicide attempt but dies by electrocution as fog descends on the town, after a storm in which Vince is killed.