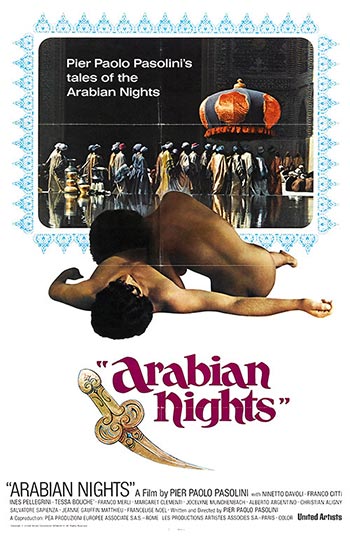 This very unique rendering of the Arabian Nights was filmed in natural locations in places as diverse as Ethiopia, Yemen, Iran and Nepal. The beauty of the landscapes is breathtaking, and makes the film an incredible voyage into time and space.