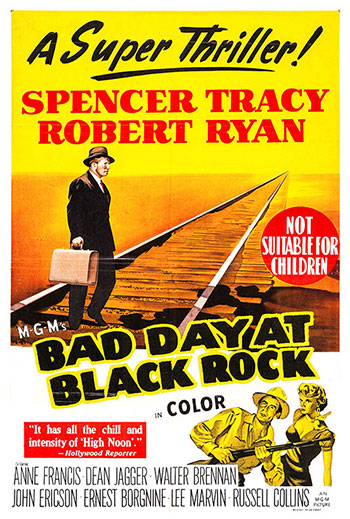 From the time John J. Macreedy steps off the train in Black Rock, he feels a chill from the local residents. The town is only a speck on the map and few if any strangers ever come to the place. Macreedy himself is tight-lipped about the purpose of his trip and he finds that the hotel refuses him a room, the local garage refuses to rent him a car and the sheriff is a useless drunkard. It’s apparent that the locals have something to hide but when he finally tells them that he is there to speak to a Japanese-American farmer named Kamoko, he touches a nerve so sensitive that he will spend the next 24 hours fighting for his life.