Battle Beneath the Earth (1967) Montgomery Tully 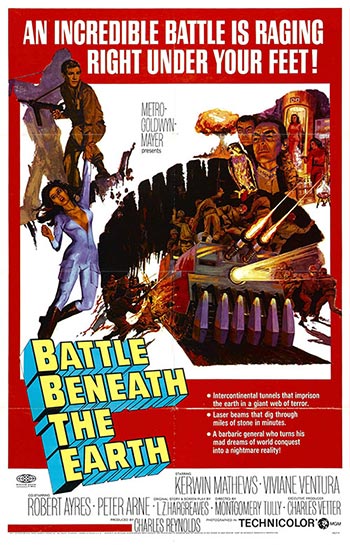 A Chinese general goes berserk and has a system of tunnels dug all the way from China to USA, under the Pacific Ocean! Wherever there is an important military base, he places atomic bombs. US Navy soldiers go underground to repel the invaders.