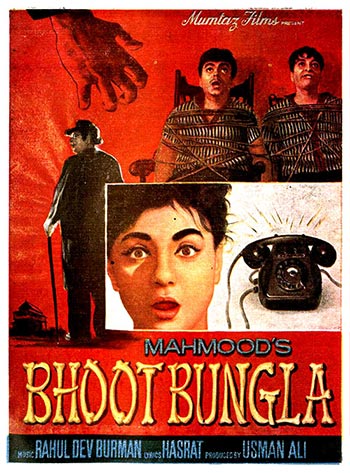 A young woman’s father and uncle die under mysterious circumstances. Strange phone calls tell the girl that she is next to be murdered! A group of young men from The Youth Club help her discover what the connection is between the murder of her family members and a killing that took place in her home over 50 years ago.

Bhoot Bungla is a fun haunted house comedy which manages a couple of chills and even has a few rather suspenseful scenes thrown in. It also has some wonderful musical picturizations, including a couple of nifty Twist numbers and a dance scene right out of West Side Story which really give the film a 1960’s flavor.