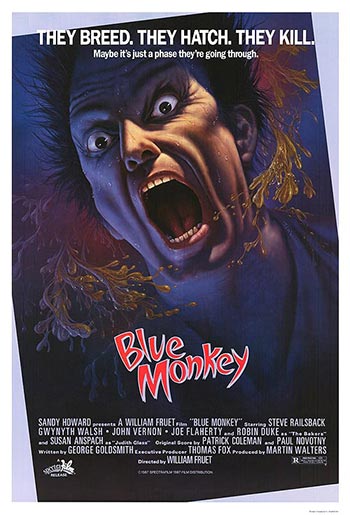 While working in a greenhouse, a man receives an insect bite after touching an exotic plant. Immediately, he falls ill and is taken to an emergency room where the doctors diagnose him as suffering from an unknown bacteria, and a strange parasite which emerges from his mouth as a large slimy wormlike creature. Soon, there are more cases of bacterial infection, but the more immediate problem for the hospital is the wormlike creature which after accidental exposure to a genetic growth stimulant grows to monstrous proportions and starts a reign of terror and bloodshed in the hospitals abandoned wing.