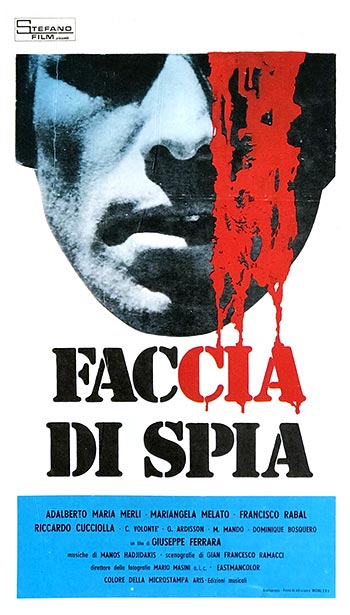 “This film is based on real documents and facts that are no longer secret. The greater part of the CIA’s intrigues and crimes have still to be revealed”.

So reads the opening statement of C.I.A. SECRET STORY, a bizarre and shockingly violent pseudo-documentary that could only have come out of Italy. Presented in a documentary-like form, this odd, mondo-style film sets out to reveal all the shady business and wrongdoings committed by the CIA. Reenacted for the camera are the CIA’s supposed involvement in a series of true events such as the American bombing of Guatemala at the insistence of the powerful United Fruit Company, the Bay of Pigs invasion, and the assassination of President John F. Kennedy.

The film remains best known for a very graphic, unpleasent mid section, lasting about five minutes, in which we are treated to a catalogue of CIA advocated torture techniques – people having their hands crushed, nipples burnt, being forcibly raped, having red hot needles stuck in their genitals etc etc etc. This is utterly gratuitous (although the filmmakers would unquestionnably argue that it was putting across a point), and comes across like something out of one of the nazi prison camp films that were popular at the time.