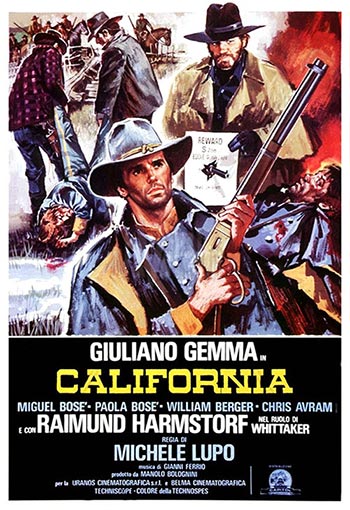 After the American Civil War, Michael ‘California’ Random (Giuliano Gemma, A dollar marking Gun for Ringo), a soldier of the Union, is released from prison and goes to Missouri with his partner William (Miguel Bosé). But along the way, they are attacked by bandits and William is killed. California then decides to return the belongings of your friend to your family and help them fend off a band of outlaws.