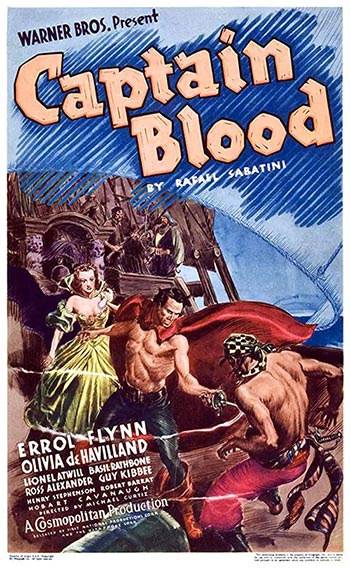 In England in the 1600s, Dr. Peter Blood (Errol Flynn) treats the wounds of a man who had been injured in a rebellion against King James II, for which he is convicted of treason and sold into slavery in the Caribbean colony of Port Royal, Jamaica. Despite the kindnesses of his new owner, Arabella Bishop (Olivia de Havilland), Blood and his fellow slaves escape to begin a life of high-seas piracy. But when Captain Blood crosses paths with Arabella again years later, he remembers her compassion.