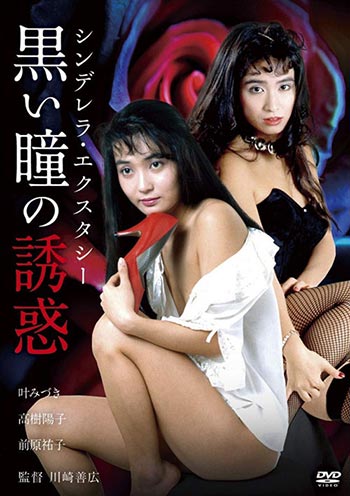 A woman named Reiko stumbles into a shoe store and is given a pair of red shoes that the owner tells her bring good luck. Just before, he refused to sell those same shoes to another woman named Sheila, who is a “Rock Queen” and hangs out with her buddies Kiss and Bowie in their rock den when she’s not fronting her band. The shoes soon work their magic as Reiko meets and falls for a motorcycle racer but Sheila is still after the shoes herself and eventually kidnaps Reiko’s man…