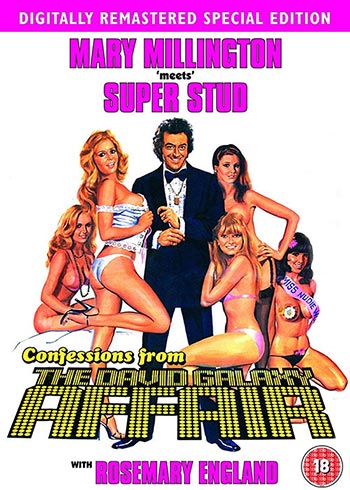 Playboy David Galaxy is a suspect in a robbery case and needs an alibi, and the only credible witness to his innocence won’t help. He also has to prove his mettle with “the only woman in the world who’s never had an orgasm.”

Confessions from the David Galaxy Affair (1979)