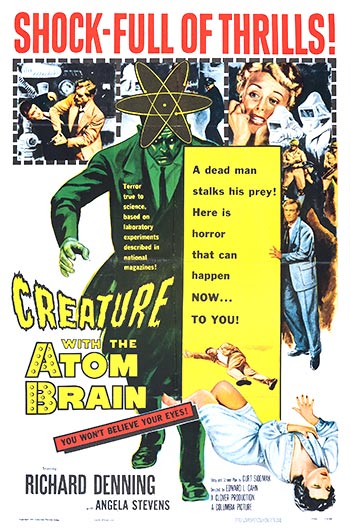 Several years earlier gangster Frank Buchanan was deported to his native Italy through the efforts of law enforcement authorities and rival gangsters who inform on him. While in Europe he meets scientist Wilhelm Steigg, who has perfected a method of reanimating dead people and controlling their behavior with oral commands. Buchanan underwrites Steigg’s experiments and uses his technology to wreak revenge on his enemies. Unfortunately radioactive poisoning is a by-product of the process, and authorities use radiation detecting devices like Geiger counters to pinpoint the source of the sinister plot.