Crimes of the Future (1970) David Cronenberg 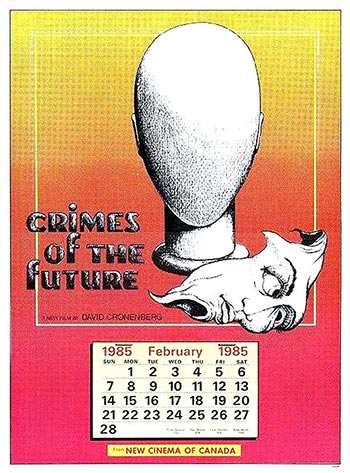 Crimes of the Future details the wanderings of Tripod (Mlodzik), sometime director of a dermatological clinic called the House of Skin, who is searching for his mentor, the mad dermatologist Antoine Rouge. Rouge has disappeared following a catastrophic plague resulting from cosmetic products, which has killed the entire population of sexually mature women. Tripod joins a succession of organisations including Metaphysical Import-Export and the Oceanic Podiatry Group, and meets various individuals and groups of men who are trying to adjust themselves to a defeminized world. One man parodies childbirth by continually growing new organs which are removed from his body. Eventually Tripod comes upon a group of paedophiles which is holding a 5 year-old girl, and they urge him to mate with her. He senses the presence of Antoine Rouge.