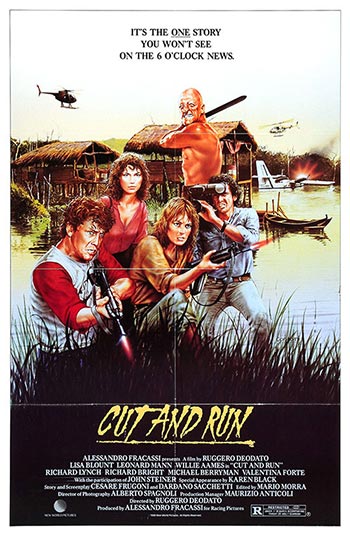 Relentless action and unflinching horror await in the Amazon in this cult classic from filmmaker Ruggero Deodato (Cannibal Holocaust). An ambitious television reporter and her cameraman investigate a series of grisly murders as well as the disappearance of their bosses’ son. But when they trace both stories to the depths of the jungle, they discover he is the prisoner of a drug cartel led by renegade Colonel and his army of sadistic natives. Now their big scoop has become a nightmare of sudden violence where the ultimate assignment is to survive. The stellar cast includes Lisa Blount, Leonard Mann, Willie Aames, Richard Lynch, Eric La Salle, Gabriele Tinti, Michael Berryman and Karen Black.